Eva, who leads our horticulture team, sat down with me, Moles seed catalogue in hand, to talk about what’s growing at Church Farm this year.  As winter might hopefully be drawing to a close, it’s time to get excited about plans for new crops and setting seeds.

At the end of March, Eva and her team had already set 2000 leek seeds and many spinach seeds, had two varieties of mange tout growing, and were ready to begin setting tomato seeds.  Eva says we are a bit behind last year, due to the lingering cold and snow we have had.

Mange tout, the year’s first crop, will come in green and purple.  There will be three varieties of beetroot grown—one in traditional red/purple, a golden one, and a red and white striped variety called Chioggia.  This year’s French beans will be green, yellow, some climbing and some dwarf.  The team will be planting cherry tomatoes (small) and beefsteak tomatoes (large).

This year Church Farm is expecting to produce more strawberries for a longer harvest period, due to last year’s planting.  This year, 500 new summer raspberries will go in, to increase the raspberry yield in coming years.

Last summer, Eva learned about Jerusalem artichokes from an enthusiastic chef in the Jolly Waggoner and will be growing them this year.

“Jerusalem artichokes are sweet and almost garlicky and mushroomy and gorgeous. Although called artichokes they’re actually tubers – like rough and ready potatoes. You can scrub and roast them whole like mini jacket potatoes and split them open, drizzled with a little chilli oil. You can even use them in a salad with smoky bacon. A Jerusalem artichoke’s best friends are sage, thyme, butter, bacon, bay, cream, breadcrumbs, cheese and anything smoked.”

Hopefully, you will enjoy something new this year, alongside the mainstays of lettuce, carrots, parsnips, cucumber, broad beans, runner beans, and courgettes.  Would you like to see these things growing?  Be sure to include horticulture and the polytunnels on your next walk around the farm.  Are you having a weekly delivery from Church Farm?  You can – it’s easy, at churchfarm.shop.

Photos from Moles Seeds, with permission.

Our Farm shop has had a facelift and injection of new stock over the past 2 weeks. The refurbishment work is nearly finished and is part of a bigger project to create a farm shop that offers a little something for everyone. 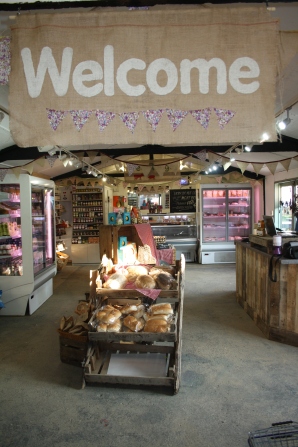 We are looking to offer more of a range of local seasonal products as well as unique fine foods and traditional nostalgic treats. As an organisation we are looking at ways to reduce the plastic going into landfill. We are looking to source products that use less packaging or use more sustainable alternatives. We are going to encourage all of our customers to bring their own bags and in addition we will provide a biodegradable alternative. We have sourced some lovely local products such as Wobbly Bottom goats cheese from Hitchin, Biggleswade sweet chilli crisps and glass bottled soft drinks from Cambridge. We are on the lookout for more local products to stock. Do visit us and browse our newly refurbished shop and stock—we have a wide range of jams, chutneys, sauces, and meat accompaniments as well as our own free range meat, eggs, vegetables, logs and more. We also have speciality breads available on the weekends, sourdough, ciabatta and baguettes.  These sell out fast though, so get in early!

We hope to see you soon.

Lamb Feeding
We are lambing now. If you would like to help us bottle feed them you can book online. A lamb feeding session lasts around 45 minutes and you will hear from our experienced staff all about the lambs you are feeding and the latest details about how the lambing season is progressing. A wonderful experience for all ages, bottle feeding lambs is a wheelchair and pushchair friendly activity.

Indoor and Outdoor Play, Feed the Animals, and Farm Trail
With your day pass you can spend time in the indoor play room, the newly redesigned Woodland Play area, feed animals around the farm, and follow the Easter Farm Trail to get a treat from the shop.

Egg Collecting
Egg collecting can be booked for 11:30 am and lasts approximately 1 hour.  Accompany one of our farmers and experience the free range hens close up, and take home a box of (6) eggs.

Camping
Pitch up your tent under the stars and enjoy all the farm has to offer for a weekend or even a week. Church Farm is a great place for a glass of wine around the campfire to relax and enjoy nature as well as natural play. You can book to have an open fire. There are large straw bales provided for clambering on, which can provide young and older with hours of fun – but only under parental supervision. Basic facilities like compost toilets and hot shower cubicles are ready in the camping field. Camping prices include a free farm pass for every day you stay!

Trailer Rides
Enjoy a trip around the farm on our popular tractor/trailer ride.  Book for 12:30, Saturday or Sunday.

Our very own Tony Hopkins is running the London Marathon this year to raise money for Rural Care. Once we had got over the fact that Tony could actually run and didn’t just stand around drinking tea all day, we thought about how we could help him train. What Tony doesn’t know is that we have a training schedule planned for him. How better to train for a marathon than helping herding sheep. We thought he could start by herding our flock of 200 ewes. Think one man and his dog, without the dog! To finish up his training we thought we could put the pressure on and let the rams do the herding and see how fast he can run! We are here to help in any way we can.

All money raised will help Rural Care in different ways to help in general but there are some specific projects and tools we have in mind.

We are blown away by this amazing gesture and will be with Tony every step of the way through this amazing journey.

Happy New Year to you all.  I hope you all had a lovely Christmas. I thought I would use this opportunity to tell you a little bit about myself and my business at Church Farm.

My name is Kayleigh and I am the owner of The Beauty Barn, you may see my driving around in my pride and joy Boris, he is my 1972 classic Beetle. 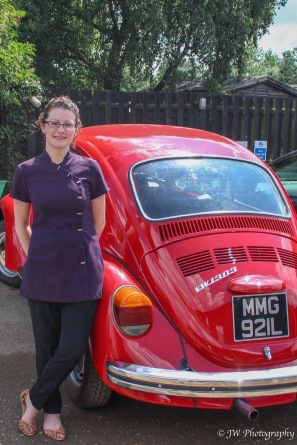 This year The Beauty Barn, will have been open for three years, and it is my eighth year as a holistic therapist. I am passionate about organic and natural beauty, and all of the skin care products I used are from Neal’s Yard remedies and are organic and cruelty free. I use The Gel Bottle for my nail products as these are chemical free, cruelty free and Vegan. I am about to complete my waxing qualification and will be using Adam and Eve organic wax.

I want the beauty barn to be a place where you feel warm and comfortable.  Every treatment is tailored to suit you and what you want to achieve out of it. I offer hot stone, Swedish, aromatherapy and Indian head massage, I am also a Usui reiki master. I have a little boutique shop and sell a selection of jewellery, healing crystals and gifts.

I am open 6 days a week, giving you the opportunity to come and having a relaxing treatment even on a Sunday. Stephanie’s Lash Boutique is available every Thursday.  Stephanie specialises in natural looking lash extensions, and she also offers waxing and tinting.

If you have never had a massage, why not book in for a 30 minute back massage prices start at £15!! Some of the benefits of massage can be:

Come and treat yourself to a massage or gel nails and enjoy 20% off with this news letter.  Appointments can be made online via my website or call me 07535650872.

I look forward to meeting you. 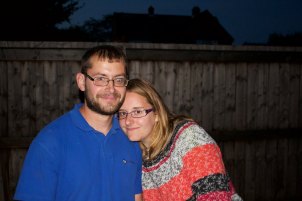 Just before Christmas, our reporter Holly and newsletter editor Aimee sat with Viv and Istvan, as they were taking a break from plucking, to talk to them about their future plans.  Viv and Istvan were at Church Farm for nearly two years, and have returned to Hungary to get started with their own small farm.

We asked many questions, about their time here and their future plans.  Viv worked in horticulture, the farm, box scheme, the shop and café and on many weekends cared for the Rural Care animals.  Istvan has been working on the farm, driving tractor, caring for pigs and cows and poultry, and preparing poultry for Christmas orders.  They were happy to talk to us about their future plans.

Holly asked them if they have enjoyed their time at Church Farm.  Istvan answered,

….sometimes good or bad, in two years, working 6 days a week.  When we look back in five years, we will be smiling, not crying.

When we talked to them they were preparing to leave.  Viv enjoyed cooking while she was here, and there are many reports about wonderful cakes she made for birthdays and other occasions. She said she had much to pack up from her kitchen here.  Istvan said she can’t take everything with her!

They have many things in their caravan to send home by trucks.  They have to pack up things and send 75kg. They have a 100 year old house with their land and yes they did to enjoy lots of cooking and things to put for their Christmas.  In their future to get married in June and to hope to have three or four children.  They will work really hard in their life with their children to grow up with their animals. They will start to grow vegetables as well as the animals are the best with a good place to stay to watch the views on their farm.  They are making their own plans for their own farm and they will start with the smaller animals: two guinea pigs, rabbits, two dogs, mixture of animals, pigs, goats, poultry with the eggs, ostrich, honey bees in their new areas.

Viv and Istvan both grew up with animals and growing vegetables, so for them it is natural to go back and get started with their own farm.  Istvan said that he thinks a farm is a good place to raise children, and they are both looking forward to starting a family soon.

To Viv and Istvan:  You all hopefully to have a nice time and we all see you all some point and we hope you all to have a nice time there and over Christmas and New Year and don’t forget about us and Church Farm too.  We all miss you here at the farm.  Thank you for your hard work, smiles and cakes!

To all our readers:  Merry Christmas and New Year and Happy New Year to you all and your children from Holly.

Thank you to everyone involved in the farm over the past year, customers, visitors, staff, interns, volunteers, friends, rabbits and relations.

All Christmas orders can be collected until the 23rd Dec.  If you have chosen delivery, you will receive yours on the 22nd Dec.

The Church Farm Shop and Café will be closed Christmas Day.

The Jolly Waggoner will be open Christmas Day for drinks from 12:00—3:00pm.